There’s no denying that we live in a time of growing technology and we witness the evolution of it with every passing day. This can be a huge benefit, but there also needs to be some sort of limit on how dependent children become on it.

With everyone turning to the internet these days, we must not forget that children will follow our lead and thus our dependency on technology will become an example to them. This can be a major hindrance when they should be outside exploring, not hidden away on computers. 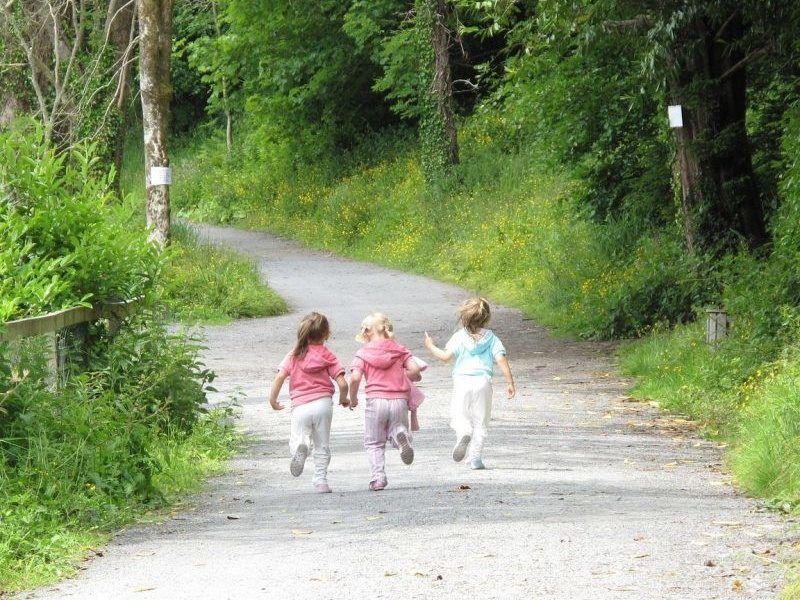 So what exactly should be done about it? Well, it is up to parents, carers, teachers and any other adult in charge to encourage the children to play outside. As previously mentioned, they will follow whatever example is set for them so their guardians need to step it up and make the prospect of the outside world enticing.

It’s their duty to make sure they get all the benefits they can out of life and are as healthy as possible.

Outside play is important, there isn’t a doubt about that. Even amongst adults, it is recommended that they spend a significant amount of time out of the house, so the same is certainly true of children. This is why so much effort is being placed on encouraging them to step outside of their house more often and venture out into the world.

When children are outside, it means that they are actively learning about nature and geography. These can be important topics to them at school and when they are learning about the world in general and so it’s beneficial for them to be doing so in the outdoors, as opposed to getting all the information online.

It’s obviously the way of the world now that we turn to the internet in order to find answers to everything, but studies show that children are much more likely to pick up things from actually experiencing it for themselves.

As well as this, one of the biggest advantages to children playing outside is the amount of exercise they will get out of it. It has been extensively covered in the media the last few years that the rise of obesity has risen for everybody and this includes children.

This has been blamed on the amount of time children have been spending indoors as a result of technology and many people are campaigning to get it changed. Playing outside is how children are most likely to burn calories and thus contributes to a healthier lifestyle, so it truly is an advisable move to get them outdoors.

The idea of playing outside is something that can be encouraged by both parents and schools. By working together, they could make it so that it becomes almost second nature to children. If they hear from their teachers about how great the outside world is and then the issue is highlighted at home from their parents, children will no doubt get excited about the prospect of playing outdoors.

As long as it is constantly made out to be a great experience, children will be hyped up to do it.

As well as the advantages towards children, it can also benefit the whole family. As obesity is a risk for every age group, going outside with your kids can mean everybody is maintaining a healthier lifestyle. And even if you aren’t joining the children, it just means you have more free time in the house to get a much-needed break and perhaps get caught up on a few chores you have been meaning to get on with.

Therefore, children playing outside will benefit everybody in the household.

Looking at the Greater Picture

There is undeniably a lot of benefits that come with children playing outside and it is of the utmost importance to encourage this amongst them. It might not seem like too much of an issue upon first glance, but there’s no way that you can ignore all the advantages that come with it.

It is in such a time, when technology is growing more than ever, that we can’t allow children to slip away and become completely anti-social and unhealthy by remaining indoors.

Bear in mind that it’s not as though all technology is bad and it can, in fact, be incorporated into outdoor play in order to create a happy medium.

The thing to understand is that, at such a young age, technology should be kept to a minimum where children are involved. It would be shortsighted to pretend like the internet isn’t an everyday part of modern life and, of course, children can’t be allowed to fall behind when it comes to learning about it, but that doesn’t mean that technology should take over their lives.

As with everyone, being in the fresh air is very important.

In all, the benefits of outside play for children are numerous in amount and it is something that needs to be supported by all the adults in their lives. Parents, teachers and any other carers or guardians need to step up and show children just how much fun can be had outside and how much it can improve both their health and their learning skills.

2 thoughts on “The Benefits of Outside Play for Children”