Themes with a hint of mischief will always appeal to young boys and no more so than anything to do with pirates. In real life pirates are not at all glamorous, but try telling a 5 year old this. A printed bedding set is the simplest way of creating a pirate themed bedroom and there’s a fair choice of designs, here are just a few of them. 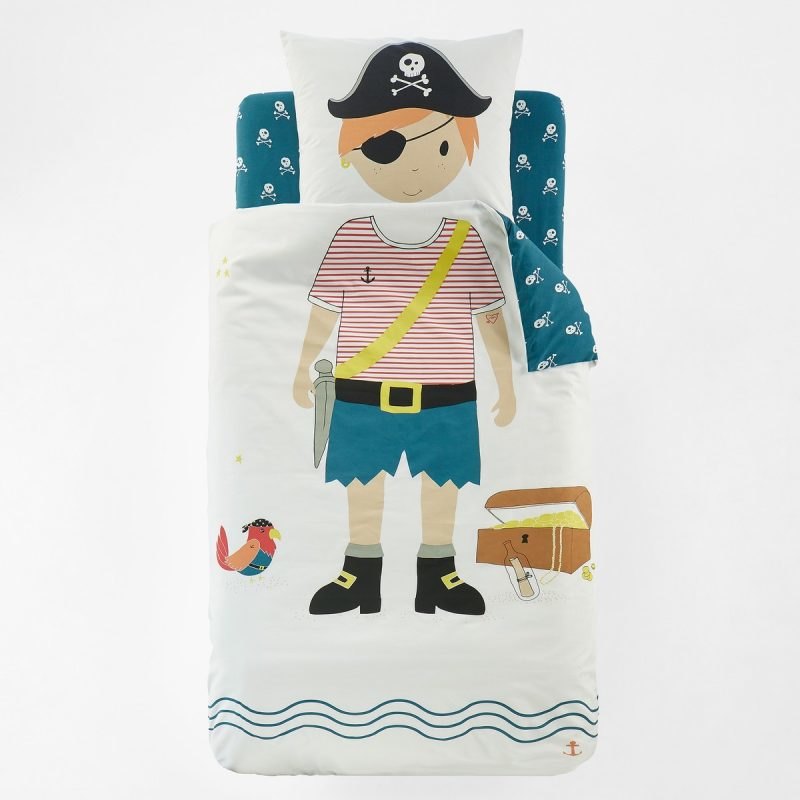 Jack Printed Duvet Cover – a dress-up style character bedding set with the body and head printed on the duvet cover and pillowcase. The reverse is a repeat skull & crossbones pattern on a navy background. from laredoute.co.uk 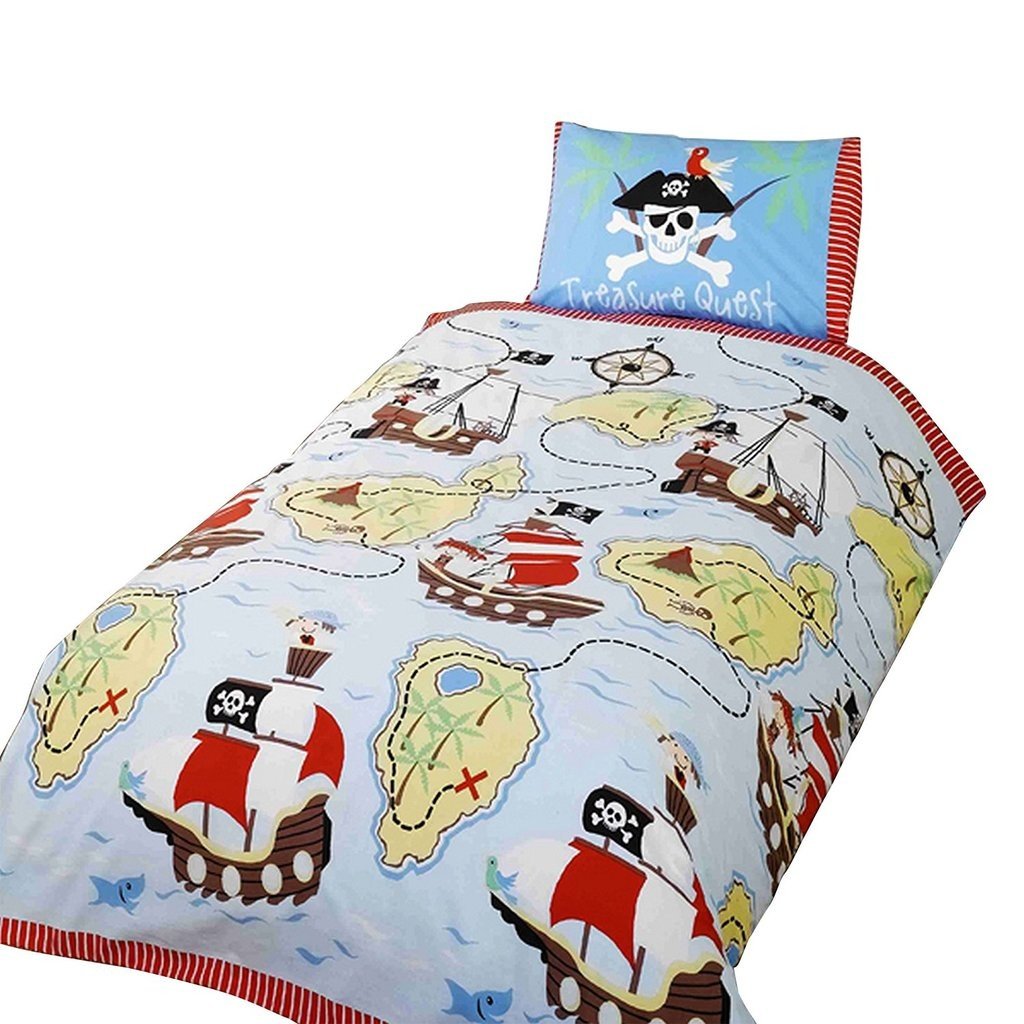 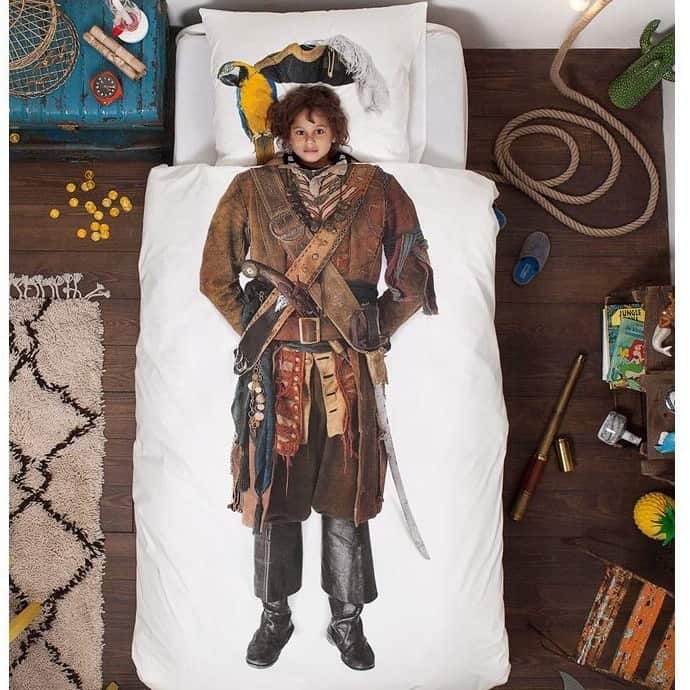 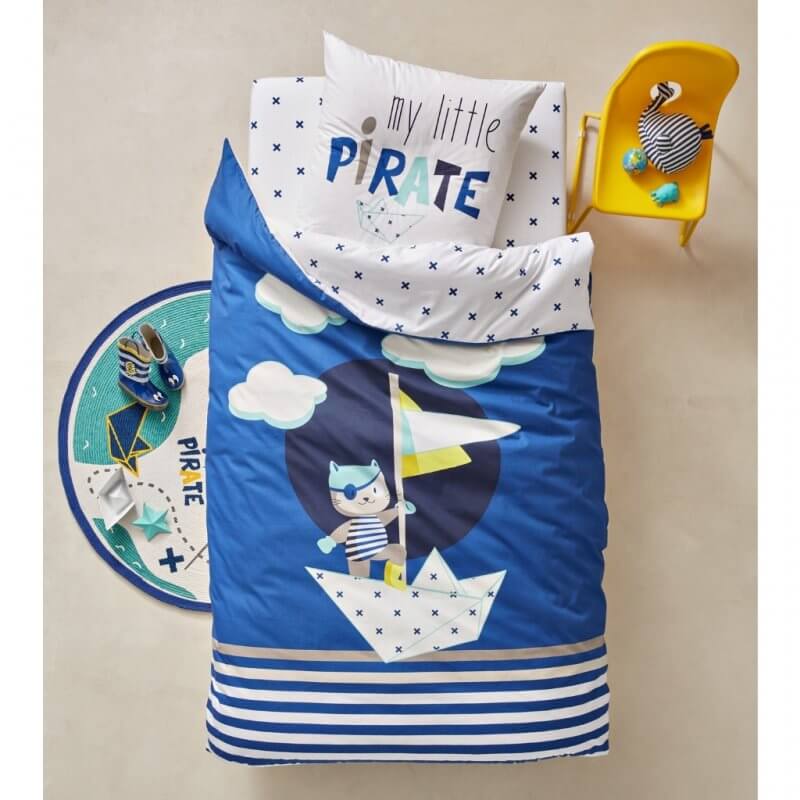 My Little Pirate Duvet Set – blue duvet cover with cute single pirate print featuring glow in the dark stars. The reverse and pillowcase has a white and stars repeat print. from vertbaudet.co.uk 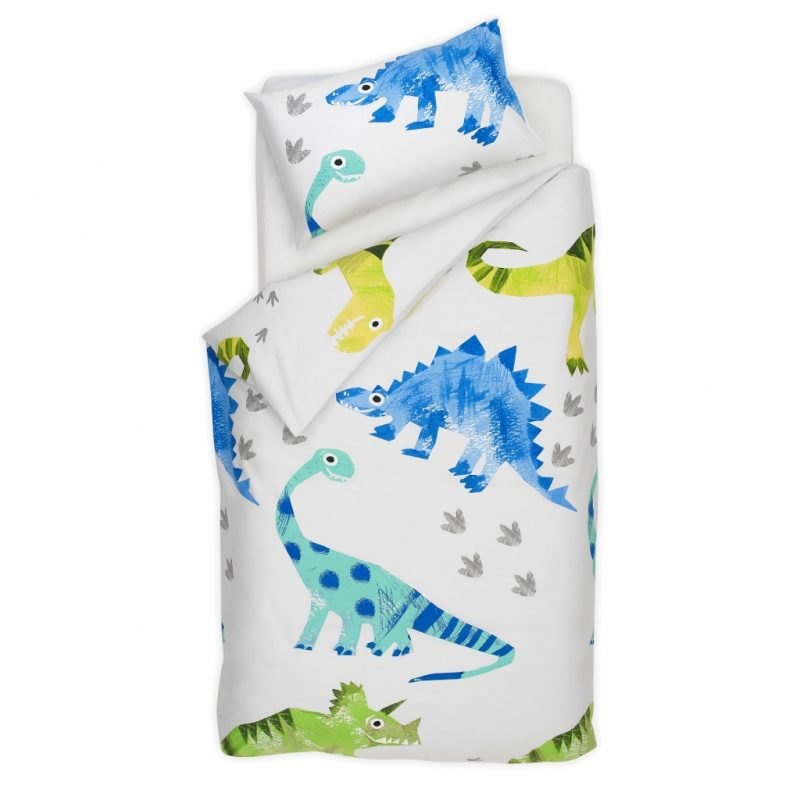 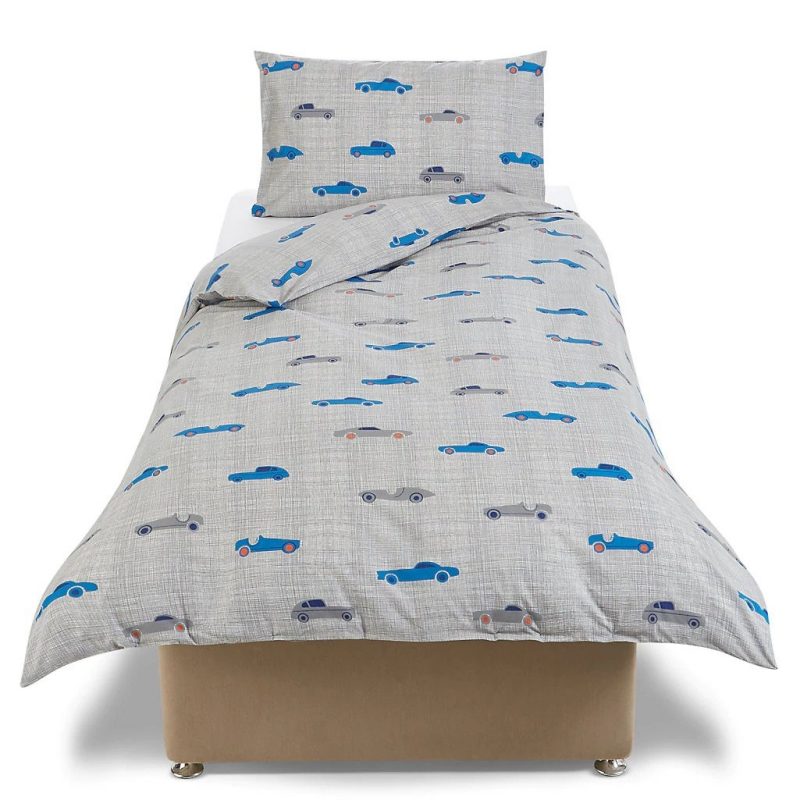