What is this fascination young boys have with dinosaurs? Some say it’s because dinosaurs are bigger and fiercer than adults and they help young minds put the world in perspective. Whatever the reason, a dinosaur theme room is always going to be popular with boys aged under 10 – and looks likely to stay that way too. Here’s a few samples of what’s available. 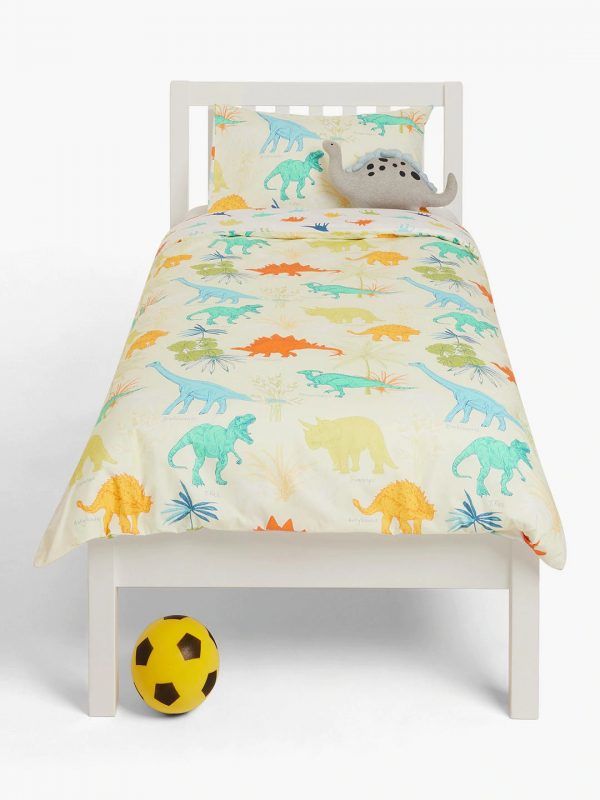 Dennis Dinosaur Reversible Duvet Cover and Pillowcase Set – pure cotton bedding set with large dinosaur prints on one side and smaller prints on the reverse. (from johnlewis.com) 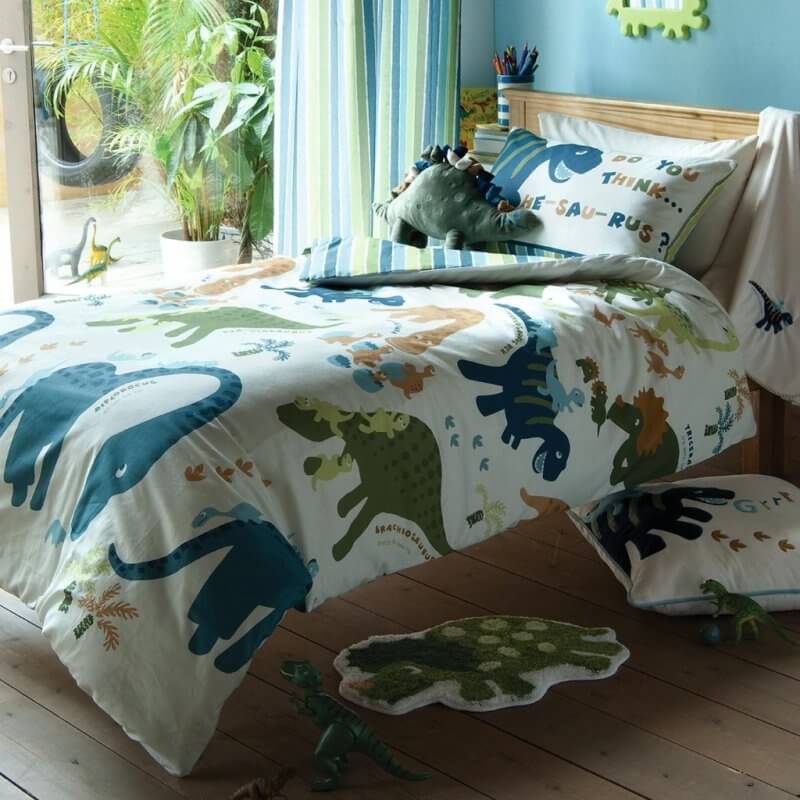 Catherine Lansfield Dinosaur Duvet Set – a colourful print design featuring friendly dinos with a green/blue stripe reverse. Each figure has his name printed underneath to help young ones brush up on their prehistoric knowledge. (from amazon.co.uk) 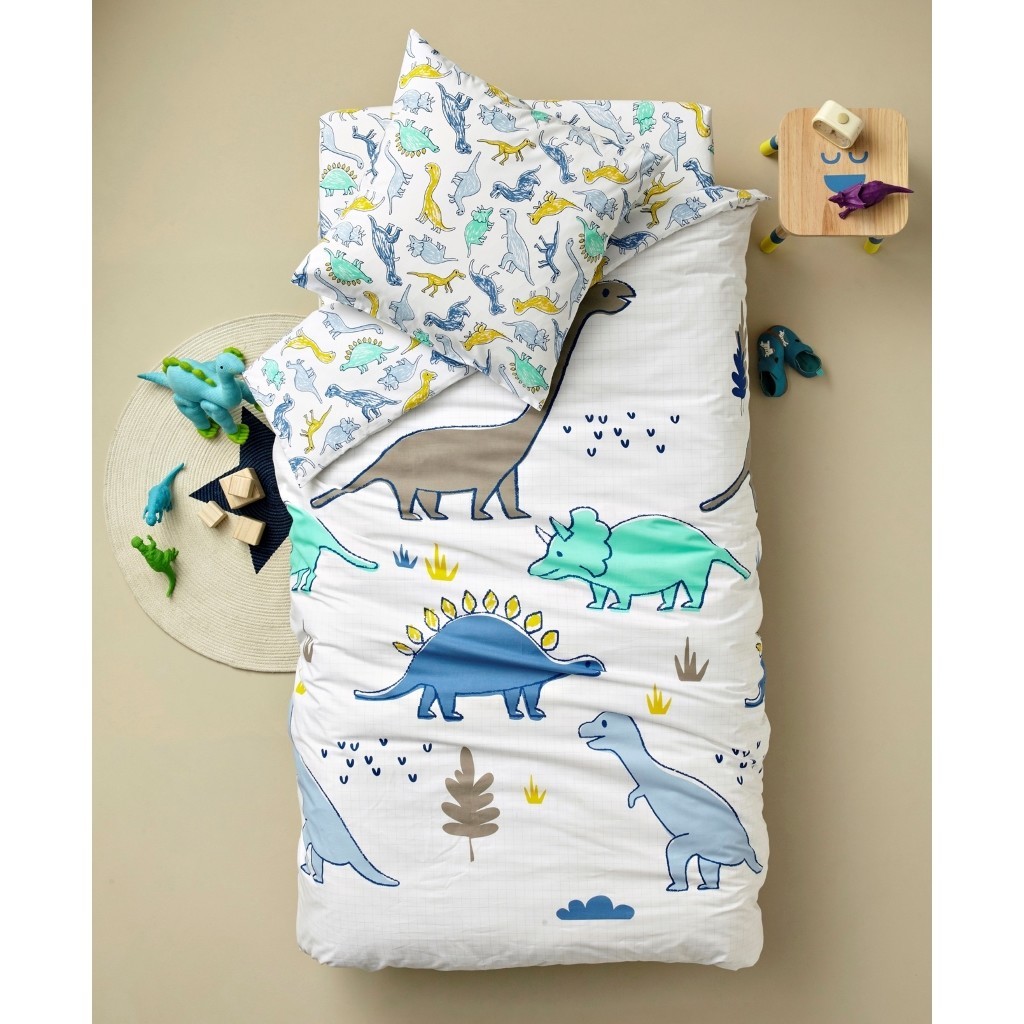 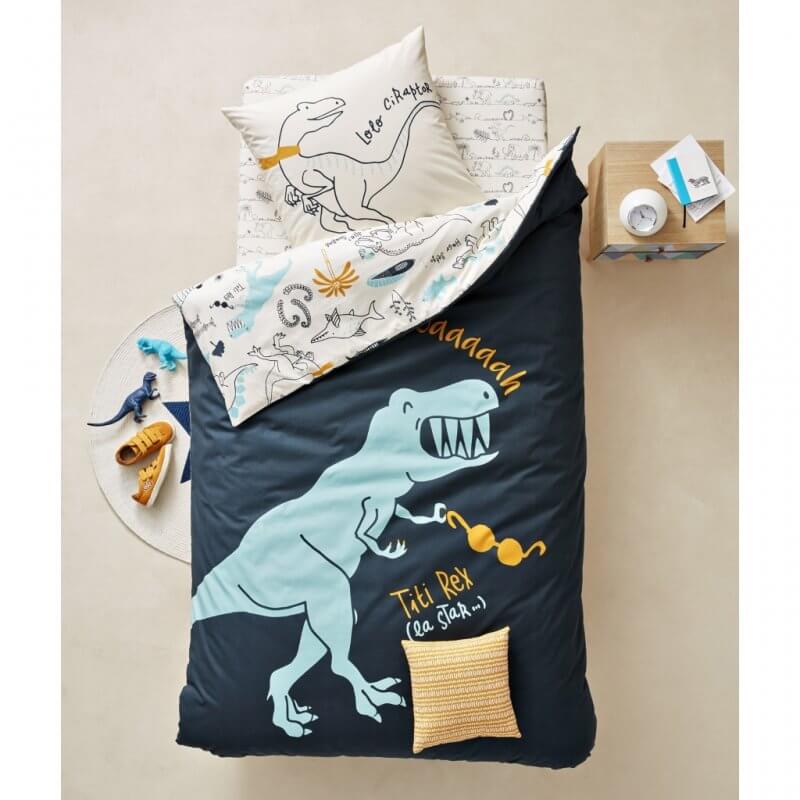 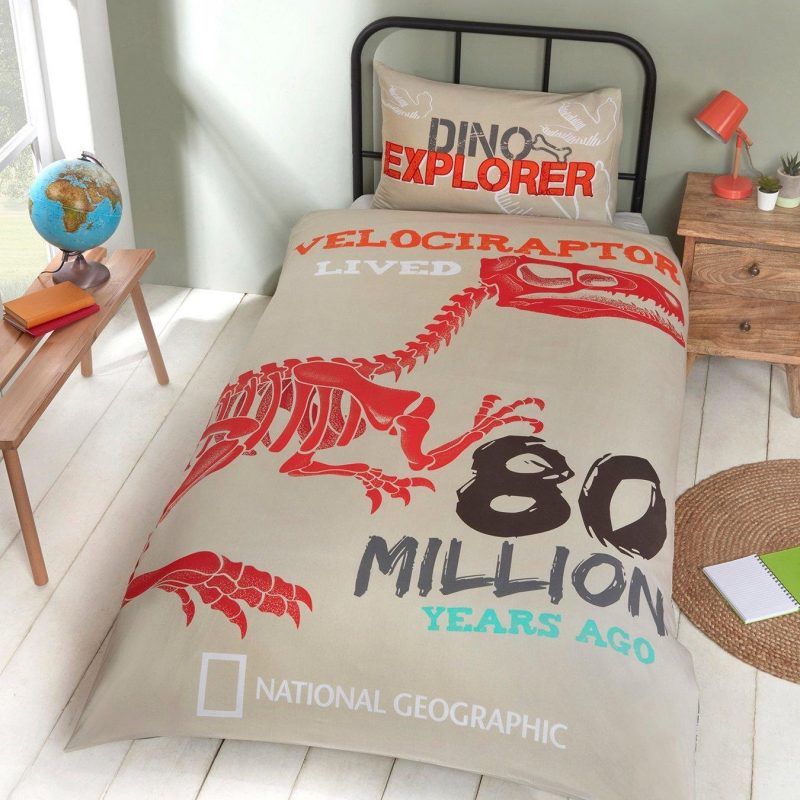 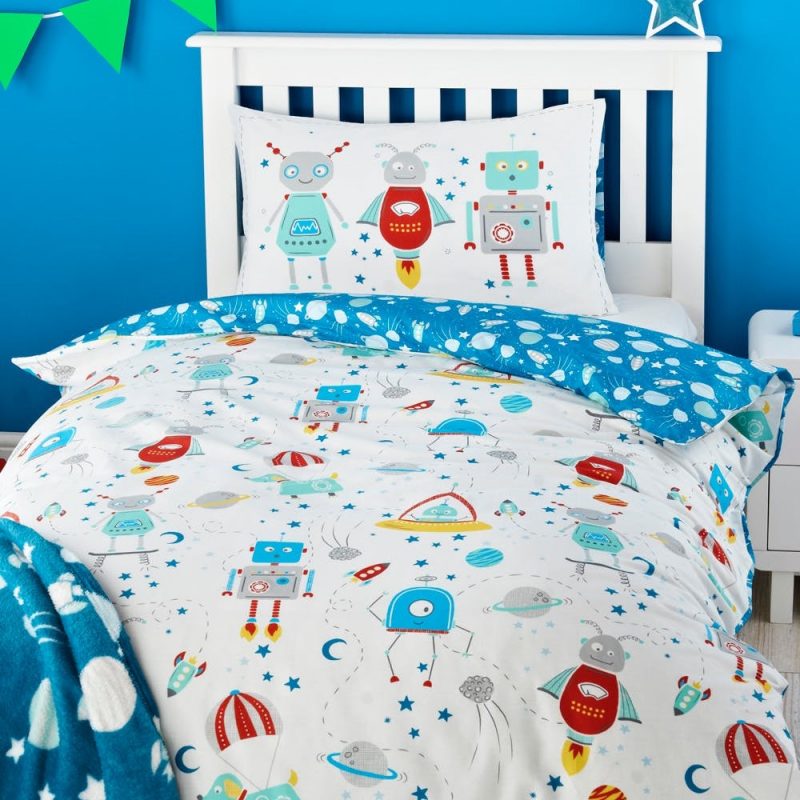 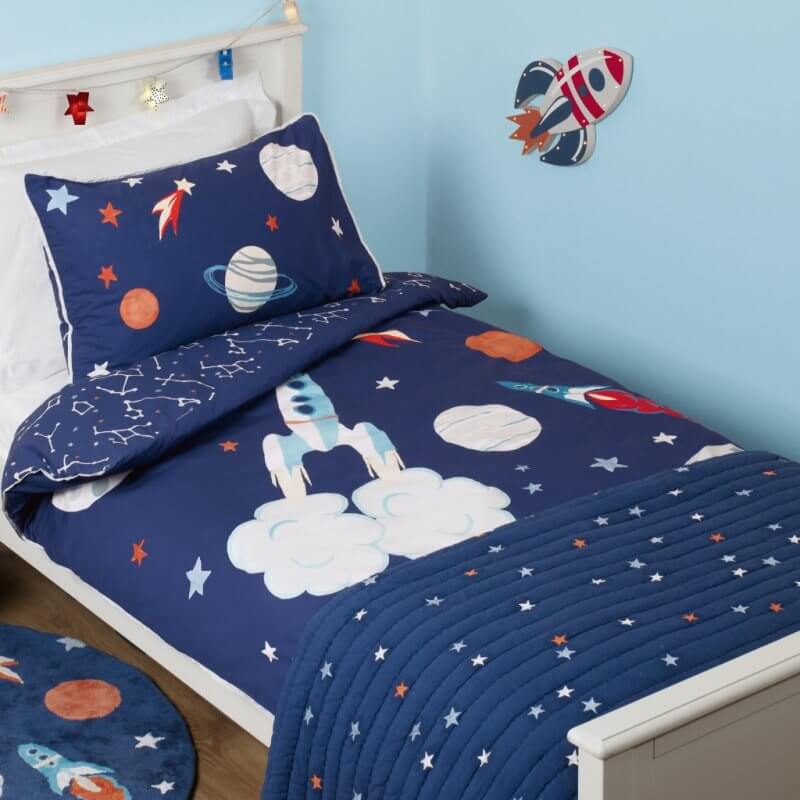