Keeping fit as a mum can be a struggle, here is how I found my way to fitness...

It is strange, how fitness was never on my mind when I was young. As a child I never enjoyed sport, I participated in a few, like trampolining and swimming at times, but, never found anything I really liked. It didn’t matter, I was active anyway, so there was no need to think about proper fitness. 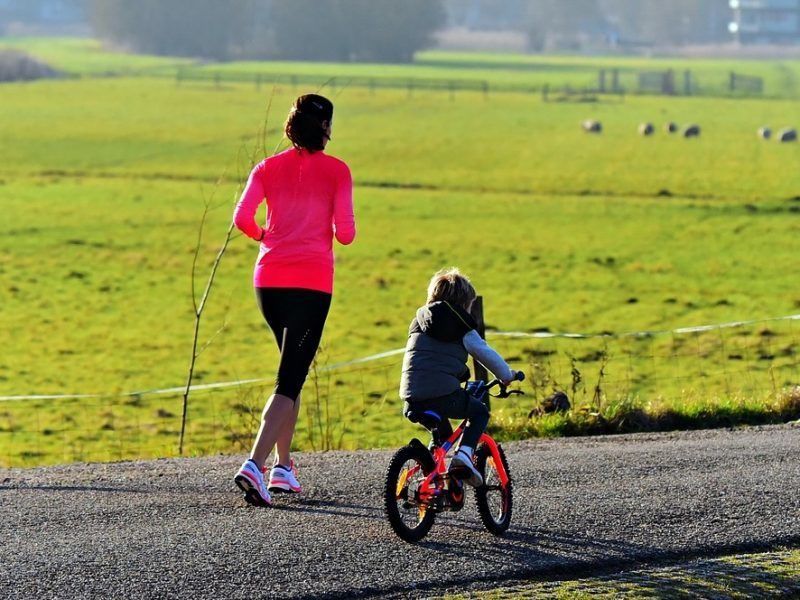 As I left school and became a nurse, I was running around a ward all day, on my feet, so believe me, that was keeping me active enough. The last thing I wanted to do at the end of a day like that was exercise.

However, as soon as I became a mum, everything changed. I had baby weight added onto my body. I was no longer running around a ward all day, I was sat at home feeding a baby. I just wasn’t as active as I used to be. Then the toddler years hit and I was on the go again, desperately trying to keep the toddler safe. But, I was also expecting twins, so believe me….I became huge!

In those early months of having twins and a toddler, it was stressful and exhausting, I was active in different ways. Then, as the children grew, I became less and less active. I put on weight, nothing drastic, but more than I liked. I felt very unfit and unhealthy. My diet wasn’t too bad, but I needed to think about exercise.

I have struggled to find a way of exercising that I enjoy and fits in with my family. I tried running, but every time I attempted it, I felt like I was dying, so was always put off.

Then I discovered the NHS Couch to 5K app and everything changed! As soon as my girls started school last september I was determined to give it a proper go. It was fantastic. The app is great at helping you build up very slowly, by telling you when to run and when to walk. Each week it extends the running time until eventually you are running for 30 mins without stopping. I would never have believed I could run for 5K, I was so unfit, but I can. It is amazing!

This fitness has made such a difference, I now play football in the garden with my children, running around without thinking twice about it. I also climbed the steps up the monument in London over easter, without any problems and take my word for it, I would never have been able to do that this time last year. I have a new lease of life, I can run and play with my children, I love it! This to me is what fitness is all about, not running races, but being able to join in with my children and enjoy it.

Last week, I didn’t get to run, which I missed, so this week I have been out again and it’s great! It is really worth all the time and effort that goes into it (and I never thought I’d say that).

If you are thinking about running, but scared as you are very unfit…please try NHS couch to 5K, it really worked for me and I am proof that anyone can get fit!