We love a good old fashioned Sunday roast. So what better, than to get the whole family involved. Daddy cooked the roast, while I made an apple scrumble...

We love a good old fashioned Sunday roast. So what better, than to get the whole family involved. Daddy cooked the roast, while I made an apple scrumble (that’s apple crumble to everyone else, the ‘scrumble’ comes from when one of my girls called it scrumble, mispronouncing it, and it stuck). A great autumnal pudding. 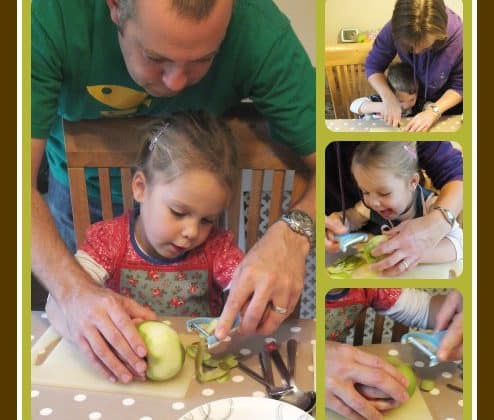 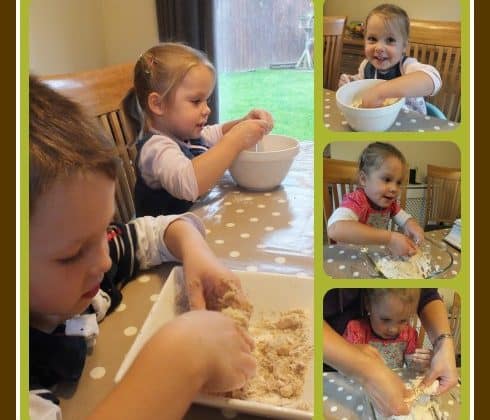 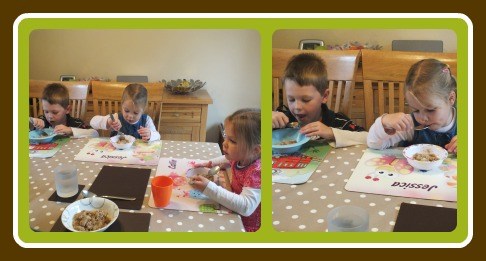 I let the children peel and chop one apple each using a sharp knife (under very strict supervision). They loved this, as they have never been near a sharp knife before, they felt very grown up! The only problem I had, was that Pinky is left handed and I found it very difficult to help her with the knife safely, so daddy (who is also left handed) came to the rescue.

Next, I divided all the flour, butter and cinnamon between three bowls, so that each child could have a go. Then, for the first time, they got to do the rubbing in of the butter to make the crumble. I normally use a food processor for ease, but I wanted the children to experience cooking properly, getting back to basics. They absolutely loved this…..getting their hands messy and feeling the texture. In the end, I had to persuade them they were finished!

After that, the rest of the ingredients got stirred in, sugar and oats. Once this was done, they each had fun spreading their crumble mixture over the layer of apples I cooked down for them.

I was really surprised how good the children were with making their apple scrumble. They had so much fun. We have decided that whenever possible, every Sunday morning, when we are having a roast at lunchtime, we will make a pudding together.

Cooking is such a basic but great fun children’s activity. I know It can be difficult with multiple young children, but don’t let that put you off, have a go, it might not be as bad as you think. My children had a fantastic time! 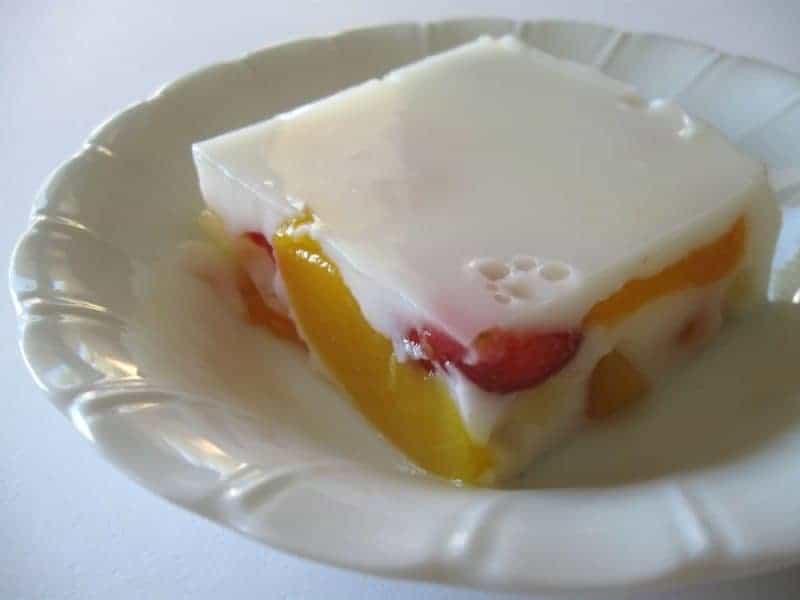 Jelly with Milk and Fruit 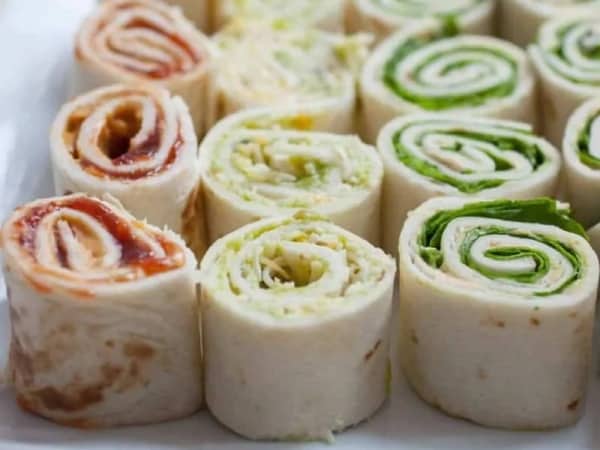