Bring a tired and plain children’s bedroom to life with one of these colourful bedding sets featuring unicorns and rainbows in a variety of designs and colours. 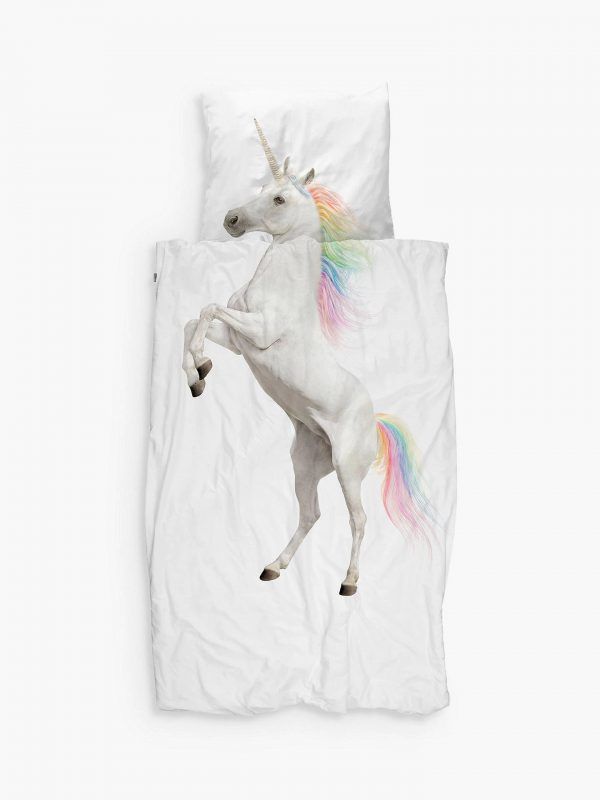 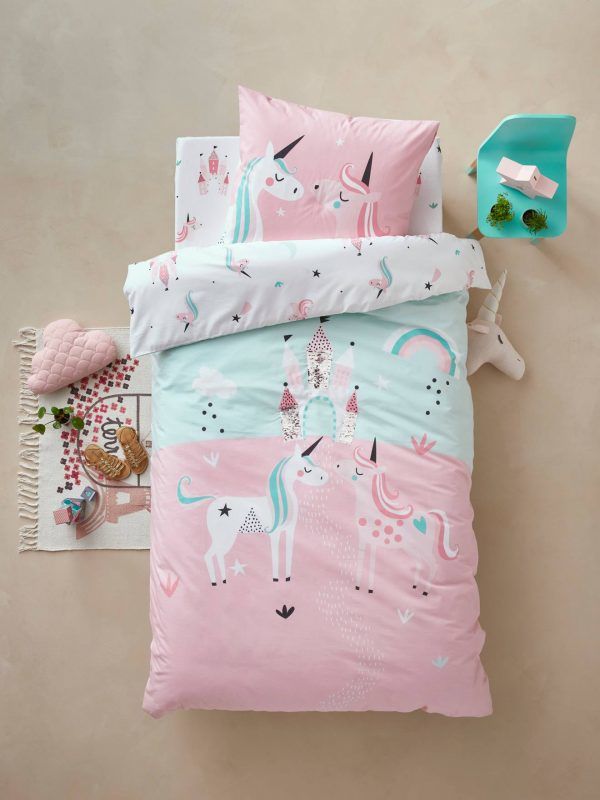 Magic Unicorns Theme Duvet Cover & Pillowcase – pale blue & pink bedding with unicorns and fairytale castle on one side and a repeat print pattern on the reverse. (from vertbaudet.co.uk) 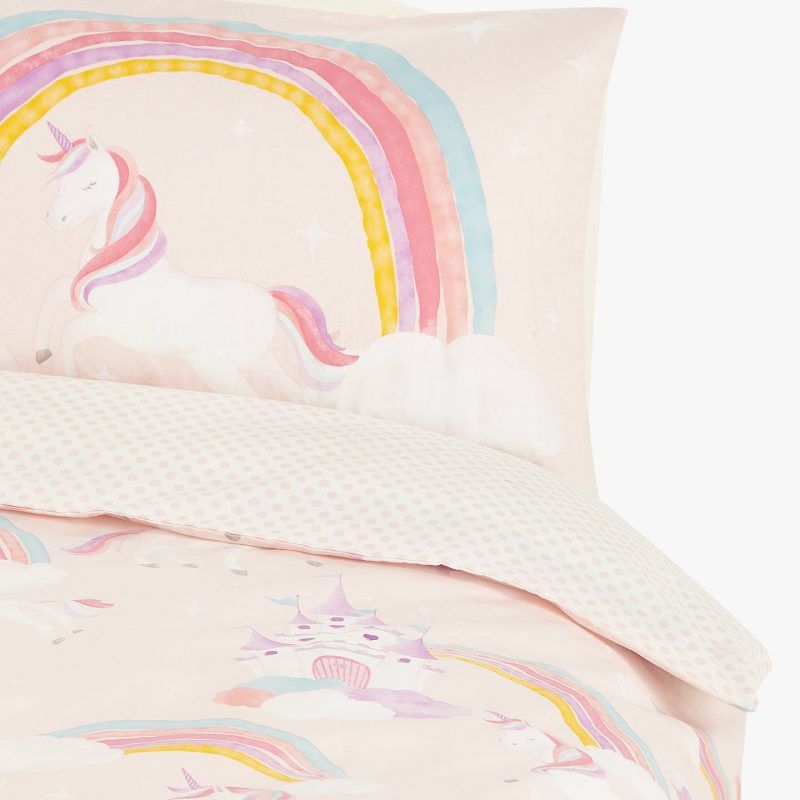 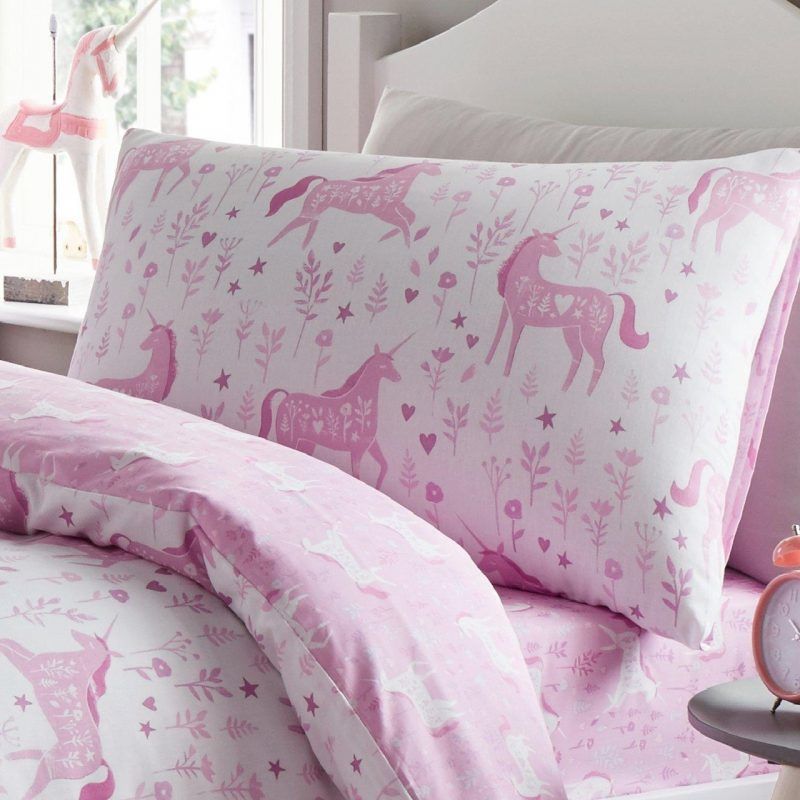 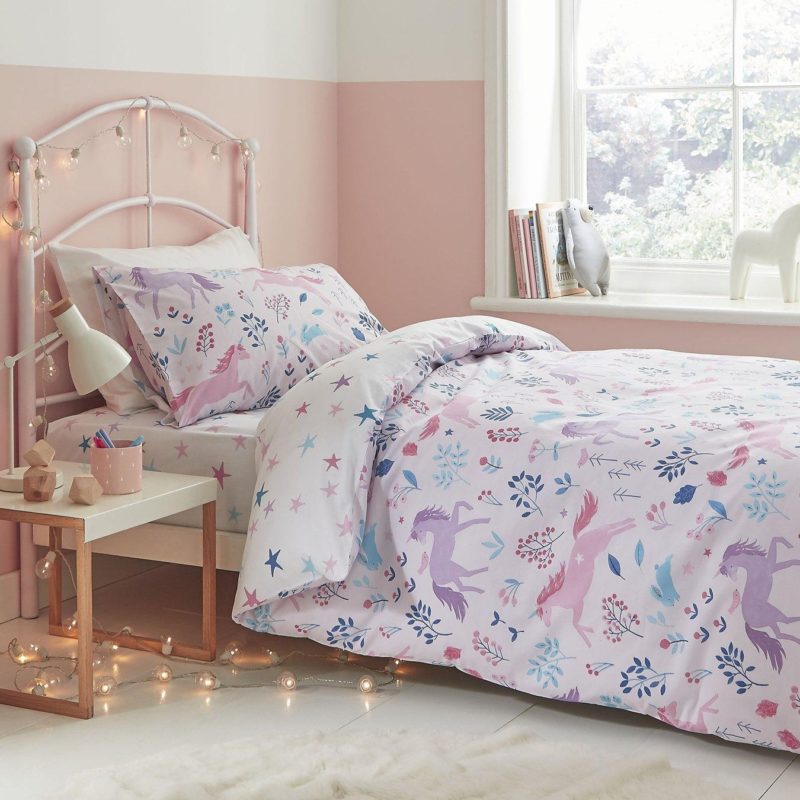 Woodland Unicorn and Stars Duvet Cover Set – a unicorn theme with woodland and stars thrown in, lovely pastel colours too, (available from very.co.uk) 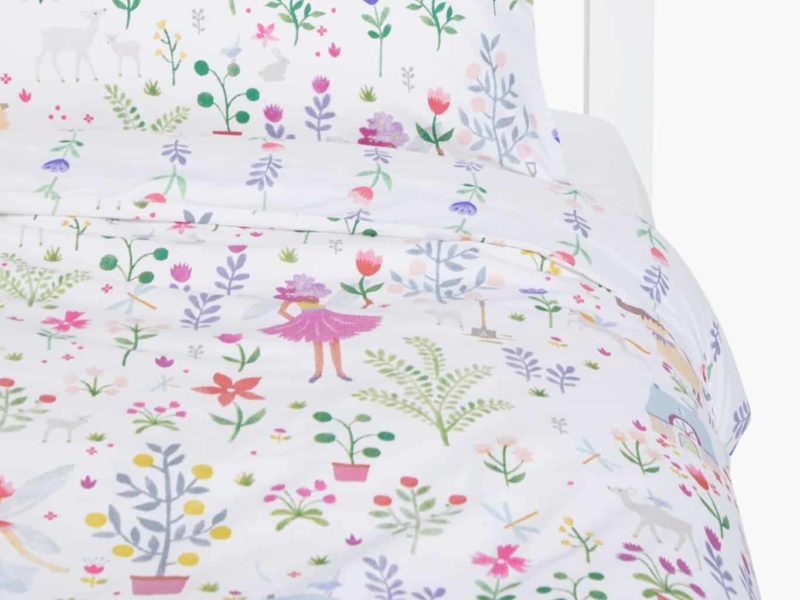 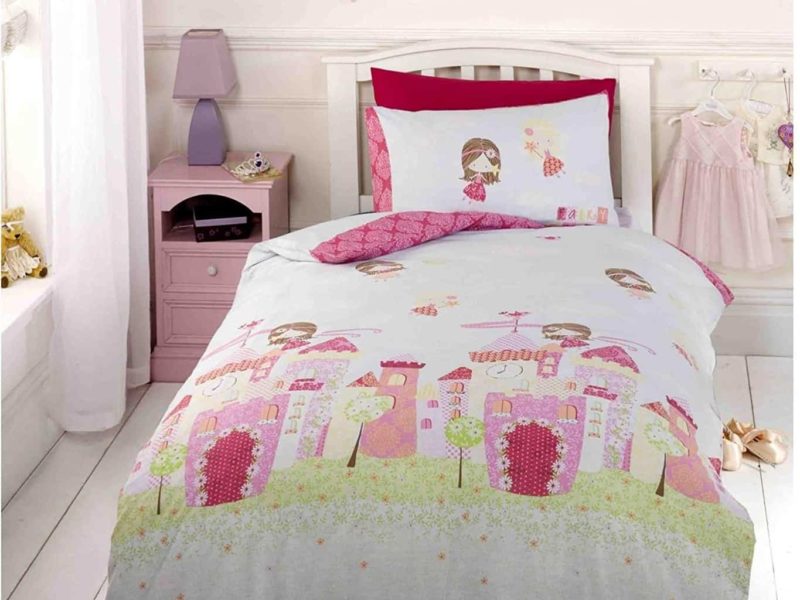