For a change this year we decided to check out Cliveden National Trusts 12 days of Christmas trail in Berkshire...

Berkshire has so much to offer, especially at this time of year. It is difficult to decide which events to go to, there are so many. This year we decided to check out Cliveden National Trusts 12 days of Christmas trail 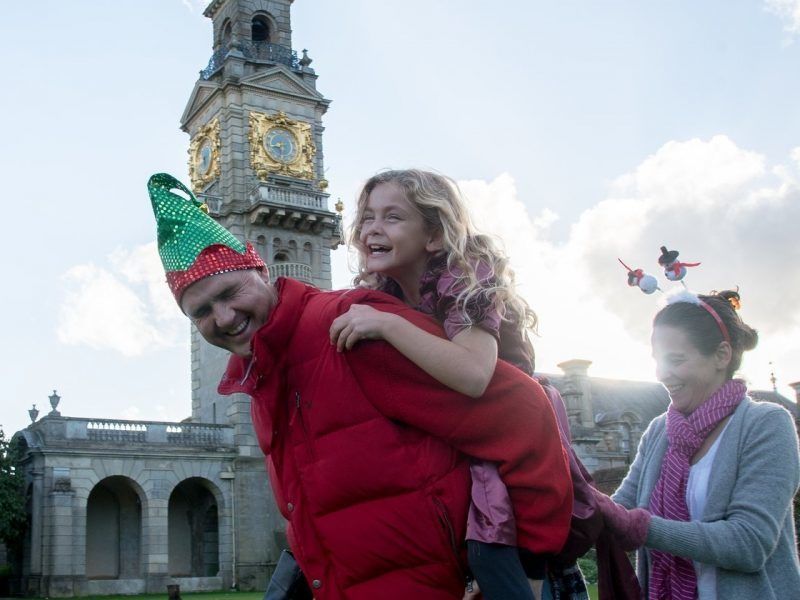 The weather forecast was not looking great all weekend, but we decided to head out anyway. We met up with my Aunt, Uncle and Cousin at Cliveden for a lovely wander round the trail. It was a very windy day and nearly got blown away a few times, but in these beautiful surroundings, there were no complaints from us.

We all have annual National Trust passes, so we just purchased a trail for each child at £5 each. We received a map of the trail with a list of all the checkpoints that needed to be ticked off as we walked around. Each checkpoint was one of the twelve days of Christmas.

We found the first checkpoint immediately…’a partridge in a pear tree’. The children excitedly ticked it off their list.

Walking through the beautiful gardens, following our map, we found nine ladies dancing.

Beyond the dancing ladies we discovered ‘eight maids a-milking’ in a charming set up. To the children’s delight, they received a chocolate cow gift there too.

The trail continued through the delightful grounds with stunning scenery, overlooking the Thames. The chapel was one of my favourite stops, the little building was breathtaking inside. It is usually only open at certain times, so we were very lucky to see inside.

The children had a fantastic time hunting for all the checkpoints and playing with some, like the ‘twelve drummers drumming’ and the ‘five gold rings’. They made plenty of noise on the drums and had a good try at hoola hooping.

Up at the house, the views were amazing, though we couldn’t stay there too long as we were almost blown away it was so windy.

We had a compulsory pit stop in the orangery for lunch and a warm up, before continuing the trail.

Passing the seven swans a-swimming we finally ended up at the last point, the Doll’s house. The children wrote down on a gift tag what they love. My children wrote “Mum, Dad, my sister, Aunt, Uncle, Cousin and the Guinea pigs”. I thought it was lovely that they thought of the people in their lives not the materialistic things. They received a little gift for completing the trail.

After a play on the playground and a wander round the maze, where the only one of us who actually made it into the middle was my Uncle, we headed back to the exit to leave. There we found ‘Father Christmas’! My children delighted in chatting to Santa and having their photo taken.

It was a wonderful Christmassy day out, surrounded by stunning scenery with plenty of fresh air, fun and exercise! We will definitely be back again soon to check out the grounds further. 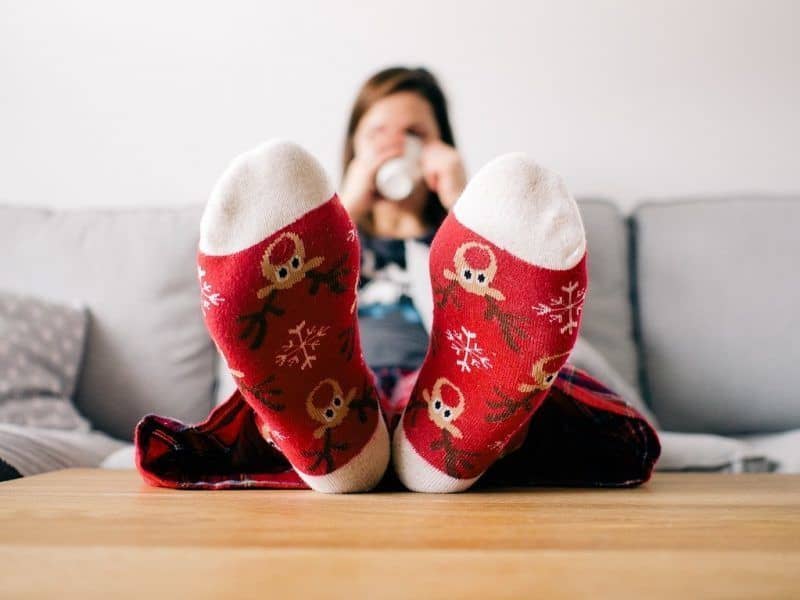 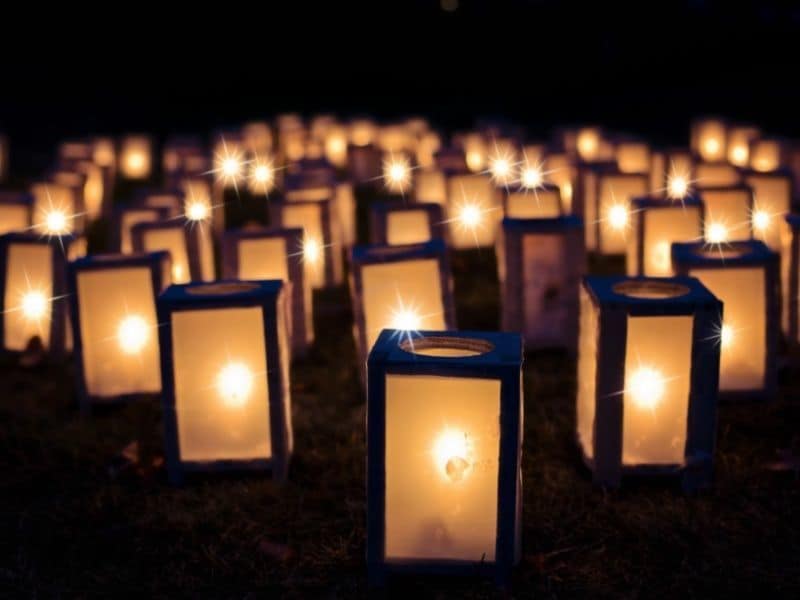